Do you read as many books as you used to? 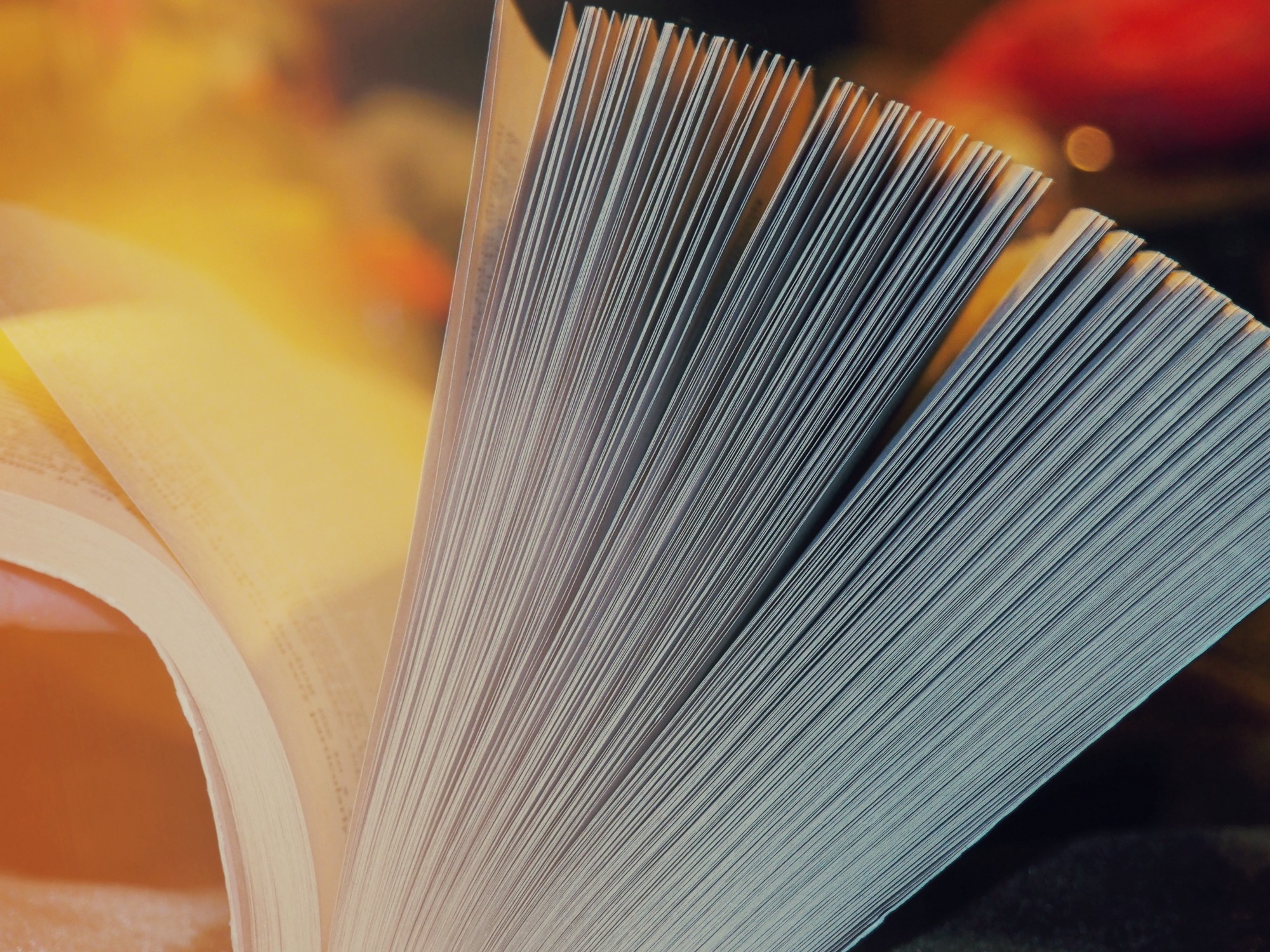 I know I certainly don’t read near as many books as I used to and I know that there are a few reasons for that; some legit; some excuses. However, I would like to start reading more books again and so the headline of the article below really caught my attention. In the article David really nailed several of my own reasons for not reading as many books. His suggestions on how to carve out more time to read aren’t really anything revolutionary (for me at least) but we all need these reminders and they’re good suggestions. To add to his list, the other thing that I do now is that I read on my phone. David went for the Kindle, but for me, my phone is far more accessible and it literally goes everywhere with me. The biggest challenge is self-discipline simply because there are so many other tools, resources and distractions on my phone that risk drawing me away from reading a book – but when I’ve landed on a book that really grabs me, those distractions melt away because the book trumps all.

What do you do to fit in more reading time?

How I hacked my schedule and started reading books again

So, without further ado, here are the books I’ve read so far in 2016:My rating: 5/5This is one of the most thought-provoking and timely books I’ve read in my life. I was recommended, or rather mentally raped, to read this book by my good friend Jonathan Friedman. When I start a book or movie with…

Link: How I hacked my schedule and started reading books again via medium.com

This article also prompted me to take a look at how many books I have actually read in the last 12 months and I was pleasantly surprised to realize that I’ve read somewhere around 20+ books. I attribute this completely to reading on my phone, it is just so darn convenient for me.

Now my next goal, is to start properly documenting the books that I read and a few thoughts on each of them. I’ve never been particularly reliable at providing reviews on books – which is really quite terrible, because as a writer I KNOW better. I know how important those reviews are, even if the reviews aren’t literary masterpieces themselves. Which I think is where I get hung up, because as a writer I feel that a) I should be providing profound reviews and b) who am I to criticize the works of another writer? But I’ve come to the conclusion that I need to ignore the writer in me. I am also a reader and like any reader I either enjoy a book or I don’t, they are my own opinions and no one has to agree with me if they don’t want to.

So I will make more of an effort to provide feedback for other readers on the books that I do read, but they will be pretty basic personal opinions only (that makes them less daunting for me to tackle and therefore I’ll be less likely to procrastinate!)

Though I have read 20+ books in the last year, and some of them I did make notes on, most of them I didn’t. It’s also been a while since I read them so they aren’t fresh in my mind, and I’m one of those people who can read a book more than once and it’s new every time. So it’s a challenge for me to provide a recap as well done as David did at this point, but what I will do is say that the following list of 11 books are ones that I know I enjoyed and couldn’t put them down until I had finished them. They eliminated the allure of all distractions and I would recommend them to others without hesitation. I apologize that I can’t specifically say why I would recommend all of them or what exactly it was that I enjoyed about some of them, but hey, it’s a start!

Next others that I enjoyed immensely and also managed to write a few words about:

This is a fun, light, and entertaining read. It takes you on a unique journey – one that I can honestly say is different from any other I’ve read. You get a strong sense of each of the characters and Froud does a great job of showing us who each of them are. She puts a new spin on old beliefs and takes a fun approach to weaving a unique angle on traditional fairytales. I quite liked the way that everything was opposite to what we have always known. At first I struggled a little bit to get into the groove, as the story tends to jump from one scene to the next and back again. But as you get into the flow of it you realize that it is a perfect style for the story and each scene change leaves you eager to find out what on earth might happen next! I would definitely recommend this book to anyone who is not firmly entrenched in the seriousness of life or who could use a little fun silliness to lighten their day. It really is delightful.

The Religion of the Heart by D.M. Miller

Overall, I enjoyed this book and I would absolutely recommend it to pretty much anyone, whether they think it’s “their” genre or not.

I was hesitant to read it at first because I’m not a traditionally religious person and don’t often enjoy things that are heavily laced with religion, so the title did make me a little uncertain as to whether I’d enjoy it on a personal level. But I was pleasantly surprised at the way the topics of religion were handled in this book. It was just enough to offer a glimpse of understanding into the dynamics without in any way feeling like there was any sort of preaching involved. Quite the opposite actually, I found the soft approach to religion, laced throughout an engaging story, to add depth and interest overall.

I did struggle a bit with the concept that two twelve year olds would form such an intense bond that developed the way it did in light of the challenges presented. It just didn’t hold as much plausibility for me, though it is within the realm of feasibility. That said, it was a lovely idea and story and one that drew me in emotionally. I came to care about the characters, which is a key factor for me with a book. I also felt that the story had purpose (at the end of some books you can be left wondering what the point was – this book doesn’t do that).

By nearly half way through, I found myself not really liking Catherine. I couldn’t relate to her need to punish people for their wrong doings to such extremes. But she won me over completely in the second half.

Origins of the Never by CJ Rutherford

A tale of high fantasy, an epic story in the true sense of what makes fantasy fall into the classification epic/high. The one difference being that there is more emphasis on the characters than the locations for the most part. Which suited me wonderfully. I loved the complexity of the relationships between the characters and the introspection that continually took place. Not being an avid epic/high fantasy fan, this was the perfect balance for me. It’s a terrific foundation setting for the series and while it can be challenging to become fully invested in a series and it’s characters during the building of a foundation, this prequel does a great job of providing the purpose behind the primary storyline.

Murder in the First: The Raven Siren by C.S. Woolley

For a murder investigation story, this was a fun read. The main character is very witty and I enjoyed her personality. While it could use a bit of extra editing to clean up some typos, it didn’t terribly distract from the enjoyment of the story. Two things that I realized after reading this story was that 1) the main character’s name isn’t mentioned within the story and 2) only about 8% of the story is dialogue. These aren’t good or bad points, just observations that I found interesting. It’s a great little read that offers a nice lead-in and anticipation for some more great stories to come.

As Dreams Are Made On by Maria Gibbs

A wonderful, quick read with a unique concept. I was quickly drawn into this story and was easily invested in the characters as their own unique struggles unfolded.

One Breath by Rose English

Short, sweet and incredibly powerfully. One Breath brought swift and silent tears streaming down my cheeks. The bonus material of The Rose provides for all sorts of interesting facts and legends about roses, which happen to be one of my favourite flowers.

All of these books are available through Amazon if you’re interested in checking any of them out.

What have you read recently that you’d like to recommend to others?

← 9 Reasons Why Reading Young Adult Books Is Good for Adults, Too
How to take back your time with social sharing like a pro! →